We’ll dig in by first understanding what is going on with the most Geo-strategic commodity on the earth and for the last 100 years that has been the key pillar to global markets and economic growth — petroleum.

The common understanding of oil might be that it’s just used for cars and transportation so just expect more electric cars to come.

However, it is nowhere near that simple of a shift — 46% of oil production goes to making gasoline. So lets learn about the remaining 54% and its use-cases and industrial purpose.

We can see here that oil supports consumer to industrial products beyond standard oil for transportation use-cases.

Petroleum is a liquid mixture of hydrocarbons present in certain rocks that are buried deep into the ground. These underground rocks can be extracted (called fracking) and refined to produce fuels, such as gasoline, kerosene, and diesel oil, or oil.

Unfortunately, one of the most destructive and environmentally harmful industries on our planet is the oil industry. Oil became an integral part of the American economy during the Industrial Revolution when new inventions were on the rise and oil became the main source for fossil fuel. Not only is America still being fueled by fossil fuels, but oil is also the world’s primary fuel source for transportation. This includes cars, motorcycles, trucks, boats, buses, trains, airplanes, helicopters, ships, private jets, etc.

According to the US Department of Energy, “The burning of fossil fuels produces around 21.3 billion tons of carbon dioxide (CO2) per year, but it is estimated that natural processes can only absorb about half of that amount, so there is a net increase of 10.65 billion tons of atmospheric carbon dioxide per year.”

This emission of carbon dioxide enhances radiative forces and contributes to global warming, causing the average surface temperature of the Earth to rise in response, which causes major adverse effects on the environment.

I’m not here to debate the ethos of climate change — simply highlight the cause and effect. Yes, there have been periods before oil where surface temperature has been higher than today — but we want our tin foil hat to be a fedora, not cognitive dissonance.

The longevity of humanity, based on our current infrastructure and global systems, is in dire need of a global movement toward sustainable energy production to support our growing cyber space. Cyber is completely contingent on the electrons we can produce.

Hemp is the super-plant that can be processed into a bio-fuel and reduce global greenhouse gas emissions at the same time.

Hemp bio-fuel is the only alternative fuel in the US to complete EPA Tier I Health Effects Testing under section 211(b) of the Clean Air Act. When an energy crop like Hemp is grown on a massive scale, it initially lowers the CO2 in the air, and then stabilizes it at a level lower than before the energy plant was planted — is this too good to be true?

Hemp produces the most biomass of any crop, which is why it is the #1 natural choice for an energy innovation. Hemp converts the sun’s energy into cellulose faster than any other plant, through photosynthesis. Hemp can produce 10 tons of biomass per acre every four months. Each acre of Hemp could yield about 1000 gallons of methanol. Enough energy could be produced on 6% of the land in the U.S. to provide enough energy for our entire country (cars, heat homes, electricity, industry) — and we use 25% of the world’s energy.

Producing Hemp for fuel is simply a matter of growing, harvesting, and processing. Hemp can make local, clean, and safe energy while creating jobs and benefiting local economies. It is our time now to remind the world why the United States is a global juggernaut and utilize the Hemp plant to create a more sustainable environment for all forms of life. In parallel, we will be reinforcing to China our competitive edge and dominate the grand chessboard.

When it comes to competing to the rising global super competition and growing surveillance state monolith that is China and the CCP. There is a lot to it — including Silicon Valley culture to not support and enable our military with cutting edge software, data architectures, and cloud-native agile operations but we’ll save that discussion for another day.

Now on to the monetary situation, it is common knowledge that the US debt problem was bad before COVID-19. Well that problem is orders of magnitude more serious— especially for markets and investors.

The United States inherited the role as global reserve currency from the United Kingdom after the economic turbulence the UK had from World War 1. Lets visualize our monetary super cycle and its corresponding empire dominating our current monetary regime.

The U.S. is locked in trade wars and sanctions most notably with Iraq, Iran, Venezuela and even China and Russia. It is an attempt to block them out. It is no different then military blockades of another era.

As some note the formula for the end of the U.S. dollar as the world’s reserve currency is already there: perpetual war, huge borrowing binges, and trade wars and sanctions.

The U.S. is also at war with itself. We note that civil wars have played a role in the past in the collapse of the dominant economy and empire. U.S. dollar and global hegemony is under attack and it is noteworthy that in previous shifts from one global currency to the next one the world fell into a global war. It is all there in history.

Will this time be different? Does history repeat its self?

In my view, its becoming greater fool theory for institutional investors in treasury bond markets. Europe and Japan have had negative real yield for quite some time. The US is stuck in between a rock and a hard place when it comes to managing the monetary policy underpinning global trade and economics.

How does investor psychology perceive a treasury bond as risk off or lower risk asset when there is zero or negative returns on the asset-class adjusted for inflation?

When it is now negative or zero real yield and all the associated risks bubbling for global markets and currency debasement.

Savings inherently is not good for measuring consumer spending as the capital does not flow or create velocity of M2 as seen above. 1/4 of the dollars that exist were created in our COVID economy since the creation of US dollar in 1792.

These are inherently deflationary and mission-critical risk to US financial security and risk management operations, military and markets wise.

A traditional investor or gold bug may say: “Well… at least we have our tons of gold safe and stored as a treasury reserve asset at Fort Knox as a hedge to currency debasement.”

Well…. I hate to break it to ya but the data ain’t looking good for gold either. Lets take a look:

Moving gold, transporting gold, storing gold is simply expensive, slow, and inefficient. I know there are people that disagree but to me that sounds like something the horses said when Henry Ford built and distributed the first Model T.

So where does Bitcoin and crypto-currencies come in?

Capital is beginning to leave our ~10+ trillion dollar gold market. Wait till investor realize the paper they own (Forex and Treasury markets) is just paper — specifically not IP, a Cyber Estate, or value based digital assets that are 24/7 markets.

This concept of a Cyber Estate will penetrate the psychology of bond, Forex, and stock investors.

Imagine you were back in the 1600s and the first stock exchange was born. I’m sure there were some financier’s skeptical of the abstraction of markets taking place. Some might have diehard beliefs that its a scam or purely speculative.

If there’s anything we can learn from recent US history and the ascent of FAANG (Facebook, Apple, Amazon, Netflix, Google) style organizations, its that innovation wins — innovation gives us a competitive edge in the game theory of markets and enables the trade secrets that build these revenue streams, net operating income, and free cash flow that measure the health and strength of a business.

In cryptography and computer speak — they dominate the hash rate on the network. Hash rate is essentially the metric to understand the amount of computation and mining you’re delivering to the Blockchain.

Why is the US sitting by the way side while our adversaries accumulate and strategize farther out than our Corporate culture focusing on maximizing short-term quarterly results?

There is a reason Jeff Bezos and Amazon are successful. Their business strategy is to plan out Amazon at least seven quarters in advance.

We have to get our act together as Americans.

Culturally, scientifically, financially, and pretty much everything we’ve been complacent on as China has ascended — time is of the essence to mobilize and awake the hibernating bear.

It is hard to understand this but think for a second why Facebook is Facebook. Its the most powerful tool humans have ever created. We have to understand these tools and build more of them. Not only for military purpose but to democratize our understanding of building and providing for our families, neighborhoods, communities, and cities.

The way we work in cloud operations and how productive we can be is based on the amount of information we can process, gather, share, and take action on to help our communities win.

Being a ‘younger’ professional, I can tell you there is a rising ethos about the junk that is a lot of data on social media and how much of a facade we’ve allowed to penetrate our sphere of influence and world view. Which in turn is exploited by all sorts of entities to polarize our politics, civil instability, and our family and friends political collaboration towards a common policy goal and outcome.

Learn, collaborate, and share what you know. Its the very least we can do.

If you’ve actually read and gotten this far, learn more below:

To collaborate, learn from each other, pioneer dialogue, and discuss with us further on these ideas. Join our Discord community. 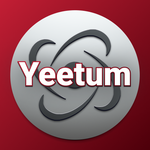